2017. The start of a new year. And the perfect time to start new and improved habits.

Making a list of New Year’s resolutions: everyone does it. Except me. At least not in the last few years. Simply because I knew I’d probably never stick to them anyway. This year, however, I’ve decided to give it another go. What’s the harm, right? The worst that could happen is that, by the end of the year, I realise I haven’t accomplished any of the objectives I’d set myself 12 months prior. But let’s not immediately assume the worst; I can do this! So without further ado, here’s my (short) list of New Year’s resolutions:

The first goal I want to set myself for the new year is a rather big one: I want to get my Bachelor’s degree. I’ve been at uni for about 5 years now, so I think it’s high time I finally graduate. And I know that this isn’t something that’s just going to happen magically; I’m going to have to work at it. So I guess this resolution revolves more around the work I have to put in to finally reach that finish line. And that means I need to continue my streak of not procrastinating anymore, taking thorough notes in class and keeping up with my coursework.

I know, I know, it’s a cliché… The holidays are over and suddenly everyone and their uncle wants to start dieting. But I’m serious about this; it’s time I make a lifestyle change. At first, I made this resolution all about “eating healthier”, but then I realised that just isn’t enough. In order to take real good care of my body, it’s important to make an overall change: make healthier food choices and exercise more regularly (or, you know, simply start).

This year I want to really work on maintaining friendships. Like any good relationship, they take time and effort, and that’s something I haven’t always been too good at. Reaching out to someone and starting a conversation is somewhat of a hurdle for me, which means that – in the past – my friends always had to come to me first. And I realise that having to do that time and time again becomes annoying after a while, so this year I’m going to really put in the effort to stay in touch more.

It’s last on the list, but I think it’s actually one of the most important items on here. Ever since I can remember, I have cared way too much about other people’s opinions. It has stopped me from doing a lot of things I would’ve enjoyed, simply because I feared what others would say. I think I’ve already made a few steps in the right direction by (finally) publishing this blog and starting my very own YouTube channel, on which I posted my first video only a few days ago. You can check that video out here (and maybe subscribe if you’re feeling extra nice today). Obviously there’s still a long road ahead of me if I want to truly never ever care about anyone else’s opinion ever again (is that even realistic?), but I believe that I’ll get there eventually.

So there you have it: my New Year’s resolutions. As I said, this is a rather short list of goals, but I kinda like it that way. I feel like having a limited list of resolutions is way less daunting than trying to achieve 1001 different objectives in only 12 months time. And setting realistic goals is what it’s all about.

Do you have any New Year’s resolutions? I’d love to hear about them! 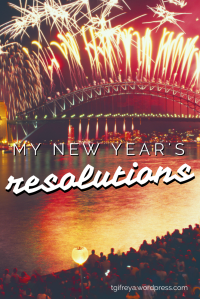 3 thoughts on “My New Year’s Resolutions” 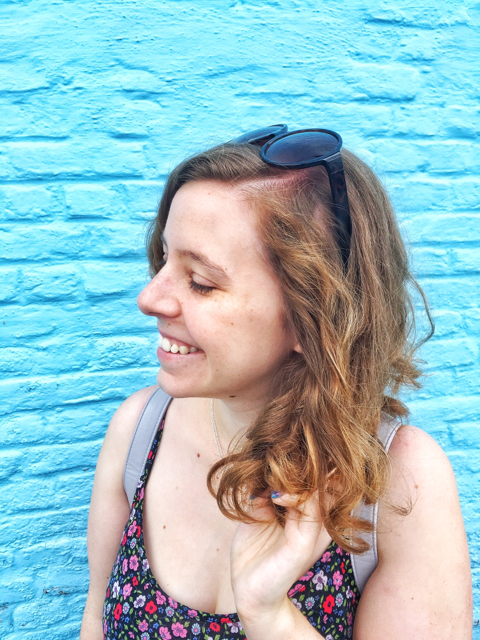 I’m Freya, a 27-year-old who loves to write. This is my little space on the Internet where I come to muse about life. I hope you enjoy!